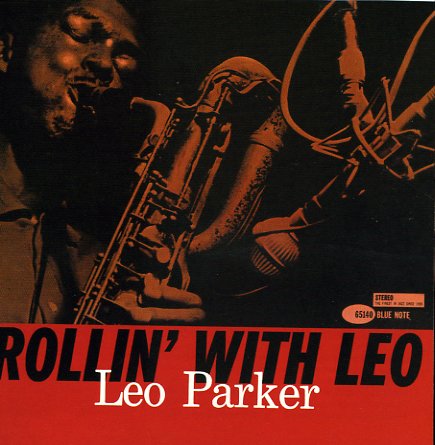 One of those great "never was" Blue Note sessions – recorded in the 60s, but never issued until years later – even though the label had assigned it a cover, title, and catalog number! The album was the last session by baritone sax player Leo Parker – a bop and R&B legend who sadly passed along at the young age of 36, but left a really rich legacy of music. Parker has a way with the baritone that's almost as lean as a tenorist – blowing the horn with sharp, well-placed notes that really make this session cook – somewhere in the R&B-influenced territory of Don Wilkerson's work on Blue Note. Other players include the great Dave Burns on trumpet – always a welcome presence on any date – plus Bill Swindell on tenor sax, Johnny Acea on piano, Al Lucas or Stan Conover on bass, and Wilbert Hogan or Purnell Rice on drums. Tracks include "The Lion's Roar", "Rollin With Leo", "Jumpin Leo", "Talkin The Blues", "Mad Lad Returns", and Illinois Jacquet's "Music Hall Beat".  © 1996-2021, Dusty Groove, Inc.
(Part of the "Blue Note 80 – More 60 Works" series!)

Dialogue (RVG remaster edition)
Blue Note, 1965. New Copy
CD...$9.99 (CD...$7.99)
One of Bobby Hutcherson's most important albums ever – and an essential piece of "new thing" jazz that ranks up there with such key Blue note sessions of the genre as Tony Williams' album Life Time, Dolphy's Out To Lunch, and Jackie McLean's One Step Beyond! Hutcherson's sound on ... CD

Gogo Penguin
Blue Note, 2020. New Copy
CD...$12.99 (LP...$24.99)
The album's got an understated cover, but the set more than lives up to the sort of crackling sounds we've been loving from Gogo Penguin in recent years – that UK trio with a way of really remaking the interplay between piano, bass, and drums! If anything, the bass and drums seem a lot more ... CD

Three-O
Ropeadope, 2021. New Copy
CD...$10.99 14.99
A sweet keyboard set from Shaun Martin – a pianist who does a great job of mixing electric and acoustic elements here, driven on strongly by the acoustic bass of Matt Ramsey and powerful drums of Mike Mitchell! The set's funky at times, but never lets the rhythms completely dominate – ... CD