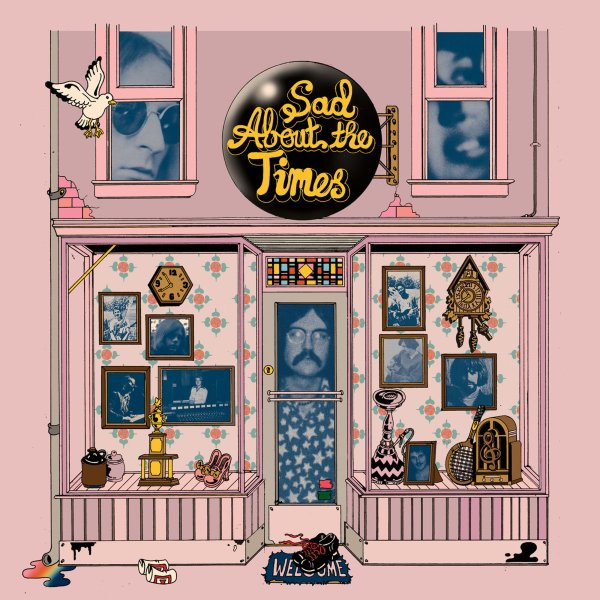 A really unusual collection, with a sound that's very much its own – a set that seeks not to pin down a certain scene or style of music – but instead maybe capture a special mood, one that's very much in line with the title! There's definitely a certain sort of melancholy to the set – yet that's only part of the picture too – as many of these cuts have a vibe that's post-folk, post-Sunshine pop – maybe a bit rootsy in production, but also served up with a mature approach to songwriting and vocals that really set the tunes apart. You might think of these artists as being farther left field of America at their height – and we mean that in the best way possible – working with some of the harmonies and blueness of Alzo & Udine, and in a similar mix of acoustic and electric instrumentation that really fits the spirit of the lyrics. The liner notes are a bit scant on dates or information on most of the artists – the compilers prefer more to talk about themselves – but the music speaks volumes by itself, on tracks that include "Holy River" by Space Opera, "Loaves & Fishes" by Willow, "NY Survivor" by Randy & The Goats, "Illusion" by Norma Tanega, "Tomorrow Is Gone" by Jode, "Sad About The Times" by West, "The Running Water" by The Smubbs, "Here Comes The Sun" by Oliver Klaus, "Wolf" by Antonia Lamb, "Lover Now Alone" by Kevin Vicalvi, "Sails Across The Sea" by Bob Metzdorf, "Maybe Someday Maybe Never" by Dennis Stoner, and "Lonely City" by Hollins Ferry.  © 1996-2021, Dusty Groove, Inc.
(Includes download!)