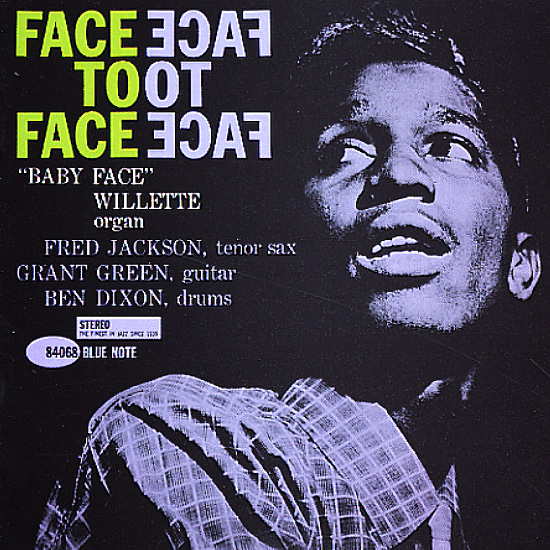 One of the all-time great tenor/organ sessions on Blue Note – totally fierce, with a sound that's a lot rawer than most other work on the label! The incredible Baby Face Willette grooves it hard and heavy on Hammond – working in a quartet that includes Fred Jackson on tenor, Grant Green on guitar, and Ben Dixon on drums – a killer lineup that makes for a very cooking sound throughout! There's a bit of an R&B-ish tinge to most of the tracks on the set – gutbuckety soul jazz, of the sort you'd hear on a label like Prestige, but recorded with more of the Blue Note sense of poise and professionalism – a very unique blend that makes the album an essential one in any collection. Titles include "Swingin' At Sugar Rays", "Face To Face", "Something Strange", and "Goin Down".  © 1996-2021, Dusty Groove, Inc.
(Part of the Blue Note Tone Poet Series – heavy vinyl and cover!)