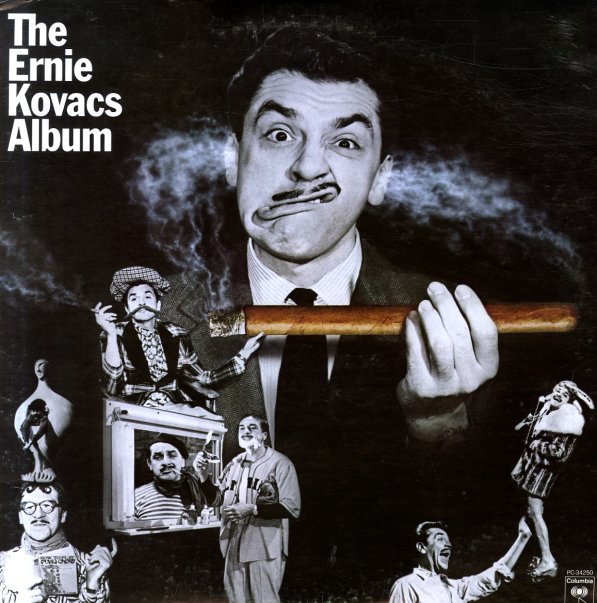 An audio document of the genius of the Ernie Kovacs TV show of the early 60s – served up with almost as much dynamic energy as the show itself! Given the lack of visuals, the focus here is mostly on dialogue-heavy routines – so there's less of the wordless musical numbers that are often pointed to in examples of the show. But that approach makes the record a great one from a comedic perspective – and really gets at the sly, subtle sense of humor that would have made Kovacs a key talent in films and broadcasting for years to come – had his life not ended at a tragically young age. Includes some great Percy Dovetonsils segments, plus "Albert Gridley", "World's Strongest Man", "Tom Swift", "J Walter Puppybreath", "Strangely Believe It", "Pierre Ragout", and "Question Man". CD also features bonus material – "Hot Nudniks", "The Inch Worm", "It's Been Real", "Your Own Crime Syndicate", "Choco-Spin Factory", and "Little Kapusta Cyclotron Kit".  © 1996-2021, Dusty Groove, Inc.