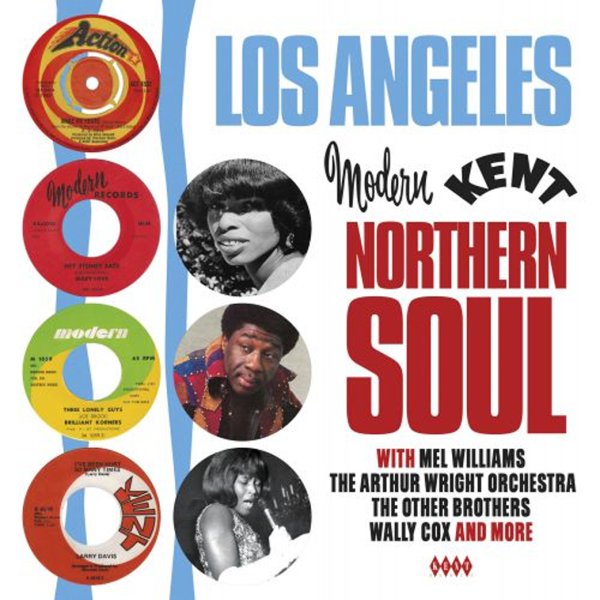 A great collection of rare soul tracks from the west coast scene of the 60s – one that has the Ace/Kent label returning to the territory of some of their earliest compilations, but with lots of fresh and unreleased material in the mix! The Kent and Modern labels trace their roots back to the initial outpouring of postwar R&B on the Los Angeles scene – and by the time of the 60s, the companies were in a great position to pick the hippest, coolest cats from their city's soul underground – often recording so much music, only a portion of it was ever released back in the day! That's definitely the case here – as 8 of the 14 tracks on the collection never saw release in the 60s – making the collection a fantastic mix of rare and released Northern Soul from the city of angels. Titles include "Wanting You (alt)" by Jimmy Bee, "Lay This Burden Down" by Arthur Wright & His Orchestra, "Love Is Gonna Get You" by Peggy Woods, "Can It Be Me" by Mel Williams, "Baby Without You" by Gene & Gary, "Nobody But Me" by The Other Brothers, "Make Me Yours" by ZZ Hill, "Hey Stoney Face" by Mary Love, "No Puppy Love" by Johnny Copeland, "This Man Wants You" by Wally Cox, and "Get To Steppin" by Jackie Day.  © 1996-2022, Dusty Groove, Inc.