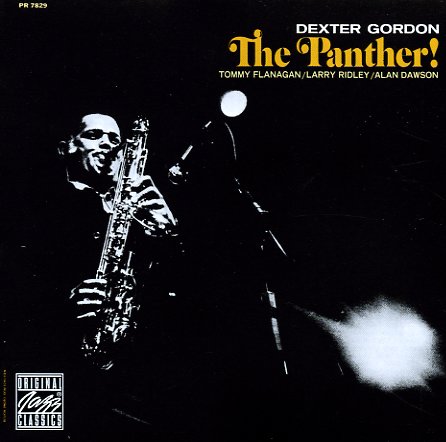 An overlooked US date from 1970 – a set that Dexter Gordon recorded during a quick stop home from his time abroad – really cooking away in the Prestige studios with a great little rhythm section, in ways that are quite different than his better-known European work of the time! The title cut's a groover that definitely matches the promise of its name – a slinky soul jazz number driven along nicely by a rhythm trio that features Tommy Flanagan on piano, Larry Ridley on bass, and Alan Dawson on drums. The group keep things interesting on other cuts too – even when Gordon's dominating with the kind of inventive solo lines he was forging in Europe – and most tracks are longish, with plenty of room for action. Titles include "The Panther", "Valse Robin", "Mrs Miniver", and "The Blues Walk".  © 1996-2021, Dusty Groove, Inc.
(Out of print.)