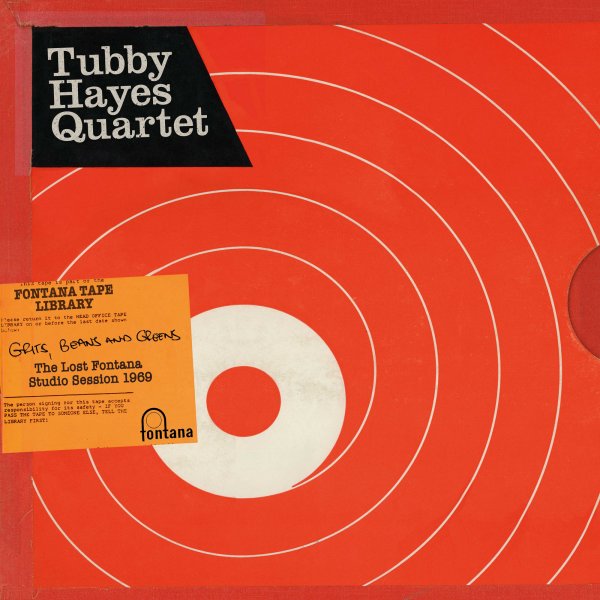 A long-lost album from one of our favorite jazz talents of all time – British tenor legend Tubby Hayes, a player we'd easily place on a short list with giants like Dexter Gordon or Sonny Rollins! Like both of those players, Hayes has an incredible talent for longform solos that never lose their fire, direction, or imagination – a quality that emerges here maybe even more strongly than on some of the records that preceded it – as Hayes works with just a quartet, on long tracks that are really dominated by both his great sound, and the strong contributions of pianist Mike Pyne – an equal star on the set! At a time when British jazz was going for a lot of new recording modes, crossover styles, and other gimmicks, the whole thing is a back to basics record for Tubby – but also one that shows just how much he's grown as a soloist in just a few short years – really on fire, as the tenor is driven strongly by the efforts of Ron Mathewson on bass and Spike Wells on drums, completing a great quartet who really get the energy of their leader. Titles include a great version of the Duke Pearson tune "You Know I Care", a lovely take on "Where Am I Going", and the Hayes originals "For Members Only", "Rumpus", and "Grits Beans & Greens". Fantastic stuff – long overdue, and instantly a key addition to the Tubby Hayes Fontana catalog of the 60s! This great 2CD version features the full versions of all the sessions, with a number of takes on some of the tunes – including an unusual version of "Where Am I Going" with the guitar of Louis Stewart instead of the piano of Mike Pyne. Also has a hardcover package, and a nice booklet of notes!  © 1996-2021, Dusty Groove, Inc.