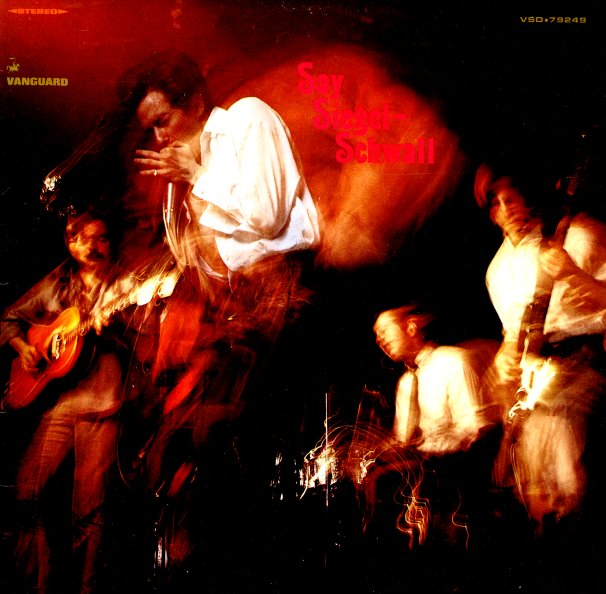 Early work from Chicago's Siegel Schwall Band – one of the better blue-eyed blues groups to ever come out of the Windy City! Like their contemporaries, the Paul Butterfield Blues Band, these guys started with a real love of the music, and worked very close to the source – earning their dues in small clubs on the south side, and continuing to avoid some of the more polished, or more jamming modes that were beginning to birth in the blues rock scene in the years before classic rock emerged. Instead, the quartet keep things very close to their Chess, Cobra, and Vee Jay inspirations – with work from Corky Siegel on harmonica, piano, and vocals, plus more vocals from Jim Schwall, whose guitar work really gets a chance to stretch out here on some of the longer tracks. Titles include "ISPI Blues", "I'm A King Bee", "Slow Blues In A", "I Liked It Where We Walked", and "Bring It With You When You Come" – plus the 11 minute "That's Why I Treat My Baby So Fine". CD features bonus tracks – "Easy Rider", "I Like The Way You Rock", "Don't Want No Woman", and "Sneaky Pete (take two)".  © 1996-2020, Dusty Groove, Inc.

Siegel-Schwall '70
Vanguard/Wounded Bird, 1970. New Copy
CD...$6.99 14.99 (LP...$6.99)
The Siegel Schwall Band change things up a bit here – leaving behind the rootsy Sam Charters production of their first few albums for the the heady sound of Dunwich – and picking up just a bit of electric piano and electric bass in the process! The style is still rooted in blues, but ... CD