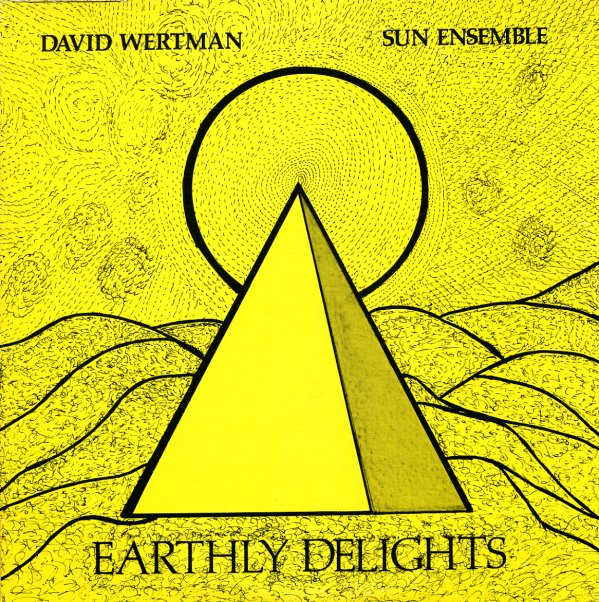 A classic of 70s avant spiritual jazz – issued on the tiny Sweet Earth label, which was also home to some very special records from Sun Ra and Marion Brown! Bassist David Wertman is a lot more obscure than those bigger names, but he was part of the New York loft jazz scene in those crucial mid 70s years – and had associations with Arthur Blythe, Billy Bang, Steve Reid, and other key members of the group – all heavyweights that Wertman can easily stand next to with the strength of the material on this set! The sounds here are a fantastic combination of larger ideas and more spontaneous creation – almost in an AACM mode, but a bit more spiritual overall – with David's bass at the helm of a group that includes David Swerdlove on alto and soprano sax, John Hagen on tenor and soprano, John Sprague on flutes, Greg Wall on baritone, and John Zieman on keyboards. Drummer Jay Conway really provides some great energy to keep things lively and moving – and titles include "Oh John Love Trane", "Clear Air Dancer", "Earthly Delights", and "Relations".  © 1996-2022, Dusty Groove, Inc.