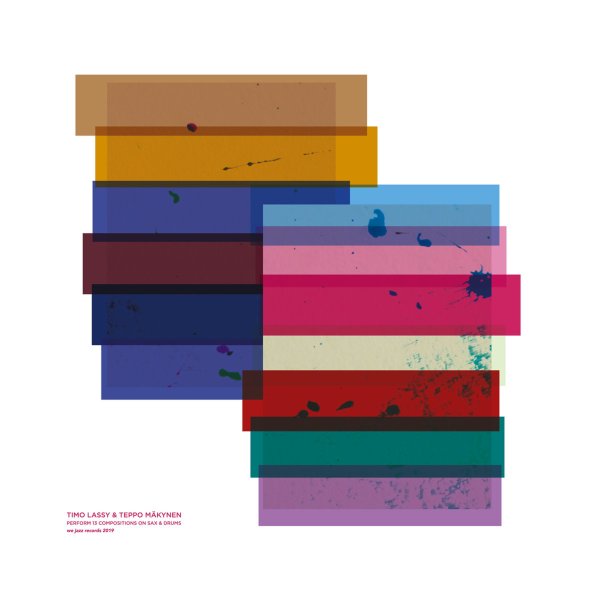 Music that you'd hardly expect, if you only know the more groove-oriented side of saxophonist Timo Lassy – the sounds he's given us from the Ricky-Tick years onwards – because this album is straight jazz overall, and a relatively improvised one at that! The album shows off a whole different side of Timo's talents – one we didn't know he had at all, and which really shine out here a lot more strongly than on some of his records with more programmed rhythms – thanks in no small part to the really creative efforts of drummer Teppo Makynen, who duets here with Lassy on tracks that really run the gamut – not free jazz overall, but certainly with a similar spirit – all inside, often rhythmic, but with much looser, more open, and wonderfully expressive solos than we've ever heard from Timo. Teppo's great, too – very creative on the drum kit as a whole, with lots of cool percussive effects – on titles that include "Fallow", "Goldenrod", "Aero", "Kobi", "Heliotrope", "Dark Cyan", "Firebrick", "Resolution Blue", "Catawba", and "Liberty (part 1)".  © 1996-2022, Dusty Groove, Inc.