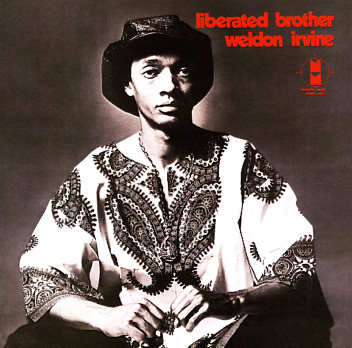 Landmark early work from the legendary Weldon Irvine – recorded way back when he was first coming to fame with Nina Simone, but done as an obscure indie effort for his tiny Nodlew label! The set's a wicked batch of keyboard-heavy funk – at a level that's similar to some of the best titles on Black Jazz or Strata East at the time, but also filled with an even richer array of colors and musical ideas. Weldon's work on electric piano is worth the price of admission alone – often spare, spacious, and perfectly placed – especially on the funky classics "Homey", "Mr Clean", and "Sister Sanctified" – a tune later cut by Stanley Turrentine, but heard here in Weldon's original version! Other cuts include "Gloria", "Juggah Buggah", "Blues Wel-Don", and "Liberated Brother".  © 1996-2022, Dusty Groove, Inc.
(Limited edition 180 gram pressing!)