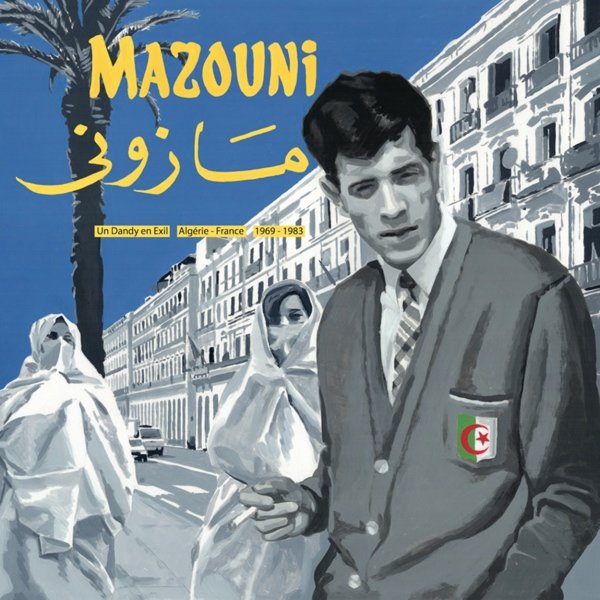 A fantastic legacy in music from Mohamed Mazouni – an Algerian singer who worked towards political ends during the heady changes of the 60s – and who soon left his native country work over a decade's worth of recording in Paris! The Paris/Arab continuum was stronger than ever after the Algerian war – and the music of Mazouni was a key sound of that moment – songs that drew heavily on the elements of his roots, but which also brought in sounds of exile too – occasional electric guitar riffs, folded in with percussion, stringed instruments, and exotic woodwinds – all topped by the very unique vocals of the man himself. This double-length package features notes in both French and English, really getting at the special hybrid taking place – and titles include "Clichy", "Cherie Madame", "Tu N'Es Plus Comme Avant", "L'Amour Maak", "Je Pense A Celle", "Mon Amour Il Est Gentil", "Daag Dagui", "Adieu La France", "La Madrague", and "20 Ans En France".  © 1996-2021, Dusty Groove, Inc.