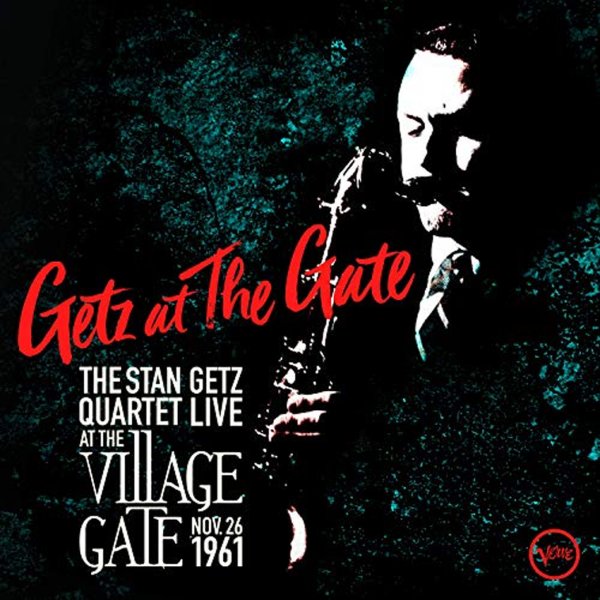 A fantastic lost slice of work from Stan Getz – one that features an early 60s group that was barely recorded at all, and which really shows Getz stretching out right before his bossa nova years! The quartet features a very young Steve Kuhn on piano, the great Roy Haynes on drums, and John Neves on bass – a lineup that has only been featured on Stan's album with trombonist Bob Brookmeyer from the same year – but which sounds very different here without a second horn player in the lead! The tracks are long, and very open – and Stan's hitting modes that are a lot more like the sounds he'd reach during his Sweet Rain years, with the group that included Chick Corea – making this record a key bridge backwards, showing what might have happened to early 60s Getz, had the bossa nova recordings not dominated that time. Stan's tone is fantastic – and the solos are very open and fluid, given plenty of inspiration by Kuhn's piano, which is still yet to find its later voice, but which definitely has the right sense of space. Haynes and Neves are wonderful too – especially the latter, who's got this tone that's well-placed, but never dominating – a great complement to Roy's always-creative sense of rhythm. The whole thing's a delight – as essential an addition to Stan's catalog as the discovery of the Nobody Else But Me album in the CD era. Titles include "Wildwood", "Impressions", "Airegin", "Blues", "Woody N You", "Where Do You Go", "Yesterday's Gardenias", "It's You Or No One", and "Stella By Starlight".  © 1996-2021, Dusty Groove, Inc.