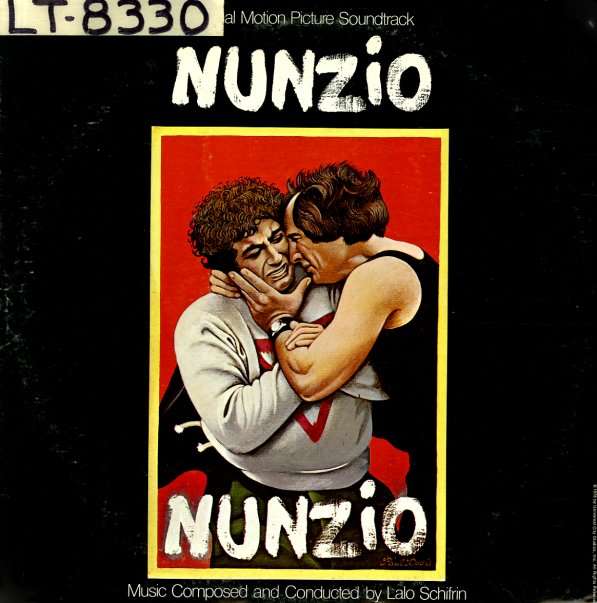 A really unusual soundtrack from the mighty Lalo Schifrin – and one that seems to show off all of his best modes in its shifting range of styles! The film is a somewhat understated story set on the streets of New York – and the music often takes on the same sort of vibe – with some beautiful melodic passages that are quite different than Lalo's big hits of the 60s. But then there's also some beautiful orchestra moments too – with these arrangements that are complicated, yet sparkling – that sophisticated charm that always put Schifrin ahead of the pack! And then Lalo even opens up with a few funkier tracks that recall his electric jazz albums of the late 70s for the CTI label – fuller groovers that are showcased on the two longest tracks – "Hey Nunzio" and "Candy Store Frenzy". Other titles include "Sad Nunzio", "Superspeed", "To The Rescue", "Only A Memory", "Nunzio In Love", "Goodnights My Little One", and "Flying Love".  © 1996-2021, Dusty Groove, Inc.
(Limited edition of 1000!)