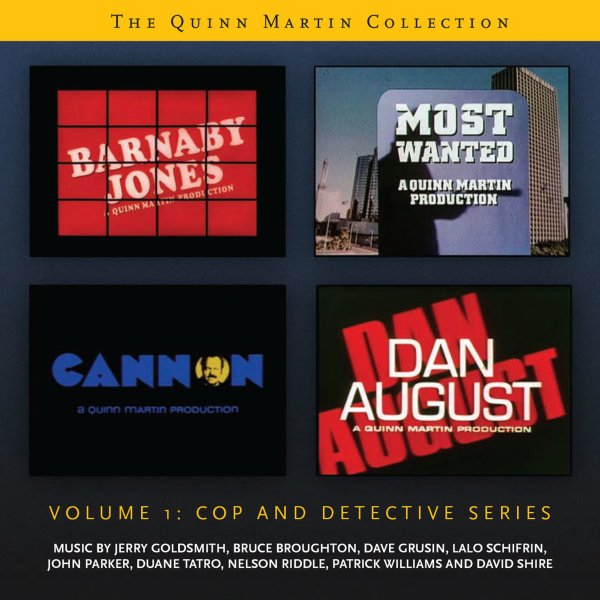 A motherlode of cop and crime soundtracks from the 70s – none of which have ever been commercially released before! All the music here comes from the mighty holdings of Quinn Martin Productions – the wellspring of so many great hour-long TV detective shows in the 70s – often well-penned dramas that were really a cut above the usual! The company's approach was always pretty top-shelf – and that included the music, too – which was often scored in superb ways, especially considering that in the pre-DVD days, many of these shows would only get seen once or twice. There's a quality level here that matches most widely-circulated 70s cop soundtracks from the cinematic world – and many of the composers are of the same caliber, too – with material that includes 18 tracks for two Dan August episodes by Dave Grusin, 15 more tracks by Lalo Schifrin for an episode of Most Wanted, 15 tracks for Barnaby Jones by Jerry Goldsmith, 20 tracks for two episodes of Cannon by John Parker, and more material by Duane Tatro, Nelson Riddle, Patrick Williams, David Shire, and Bruce Broughton.  © 1996-2022, Dusty Groove, Inc.
(Limited edition!)