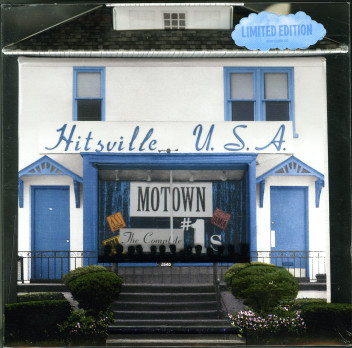 An amazing package – one that comes in a tiny replica of the original home of Motown Records in Detroit! As you'd guess from the title, the 11CD set features every single Motown track that ever hit #1 on the charts – almost 200 classic songs, running from the early 60s right up through the 90s – with work by The Temptations, Four Tops, Diana Ross, Boyz II Men, The Contours, Rockwell, The Originals, Marvin Gaye, The Marvelettes, Stevie Wonder, High Inergy, The Dazz Band, Rick James, Commodores, and lots more! The package also includes a photo book with classic images and notes – but man, what we dig most of all is that tiny house of hits packaging – a really amazing thing! Plus, this version of the set also features a bonus CD that wasn't in the original version – with 12 more tracks whose cover versions charted at #1!  © 1996-2021, Dusty Groove, Inc.

Poet
Abkco, 1982. New Copy
CD...$12.99 13.99
The first of Bobby's highly successful Poet albums from the early 80s – wonderfully done albums that showed the world that he was still very much on top of his game at the time! The sound here is great – still with that older Womack rasp and warmth, but also done in a slightly smoother ... CD