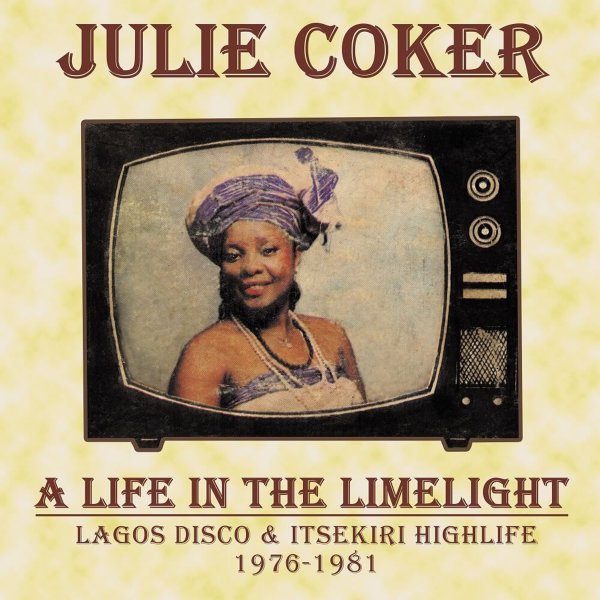 Classic tracks from the short-but-strong music career of Julie Coker – a huge figure in Nigerian culture, both for her work onscreen and off! Coker recorded a handful of records at the end of the 70s – right at the height of her career – and the tracks here are from two of the three from the time – the albums Tomorrow and Ere Yon. Ere Yon is a very compelling take on more traditional modes of the time – a bit highlife, but often nicely stripped-down, and with these occasional keyboard parts that give a cool spacey sound to the whole thing – a mode that works perfectly with Coker's strong vocal range. The music on Tomorrow is from a few years later, and has a warmer, clubbier vibe – a bit more of the Lagos disco promised in the title, but again handled in a way that's still very unique. Titles include "Iyo Re", "Elelemi", "Ere Yon", "Re Hese", "It's All For You", "Sogio", and "Gossiper Scandal Monger".  © 1996-2021, Dusty Groove, Inc.