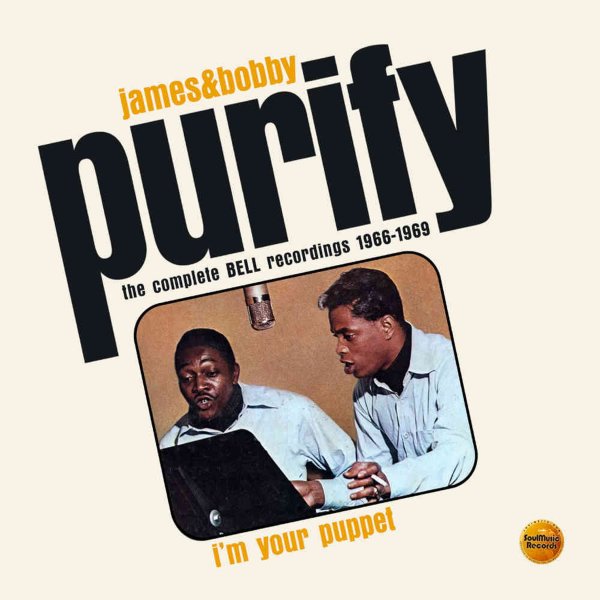 The complete works of this incredible 60s soul duo – a 2CD package that features both their albums for the Bell Records label, lots of contemporaneous 45s, and even some unreleased tracks too! James & Bobby Purify followed in a tradition that was strongly started by Sam & Dave – the two-male soul duo, with both voices coming in on the lead, breaking apart as the tracks progressed, and crossing back and forth, for a fuller sound that often made for a more dynamic approach than with a single singer! James & Bobby had a wonderful sound – slower and deeper than Sam & Dave, with plenty of touches of southern soul, and a tendency to use a nice heavy beat, even in their mellower tracks – which really makes this work burn with a deep soul intensity. The 2CD set features 38 tracks in all – the full titles from the albums James & Bobby Purify and Pure Sound Of The Purifys, plus singles, unreleased tracks, and more – titles that include "The Weeper", "Section C", "So Many Reasons", "I Take What I Want", "Soothe Me", "When Something Is Wrong With My Baby", "We're Finally Gonna Make It", "Do Unto Me", "Hitch Hike", "Knock On Wood", "So Many Reasons", "Wish You Didn't Have To Go", "Shake A Tail Feather", "You Left The Water Running", "I'm Your Puppet", "Last Piece Of Love", "Everybody Needs Somebody", "I Don't Know What It Is You Got", "Just Like Old Times", and "I Was Born To Lose Out".  © 1996-2022, Dusty Groove, Inc.