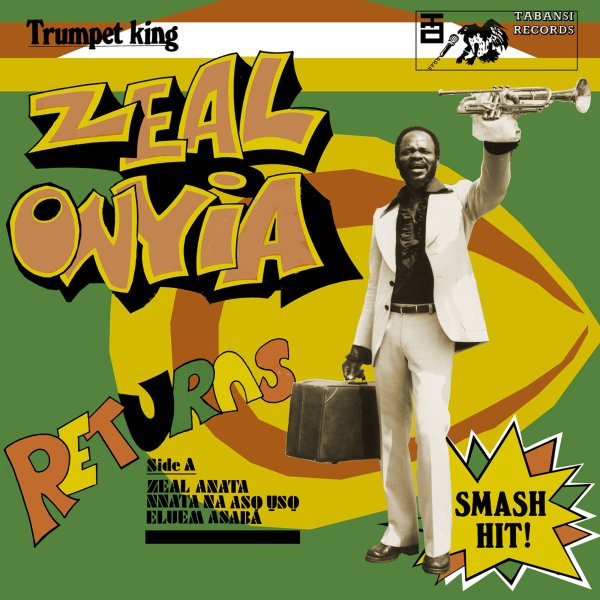 Zeal Onyia is definitely the trumpet king here – at least of the Nigerian scene in which this album was recorded – as he blows strong solos throughout, and really brings a lot of jazz-based energy to the highlife rhythms! The use of trumpet in a smaller combo mode is really great – and while most tracks groove like familiar Nigerian material from the time, the sense of solo work really sets things apart – and makes the whole thing a fantastic blend of highlife and jazz, at a level that maybe beats any other record we can think of! There's plenty of Nigerian music from this time that gets a nod, but this set is definitely one of the best – fantastic rhythms and really soulful trumpet lines – on titles that include "Egwu Olili", "Zeal Eze Opi", "Zeal Anata", and "Eluem Anaba".  © 1996-2021, Dusty Groove, Inc.