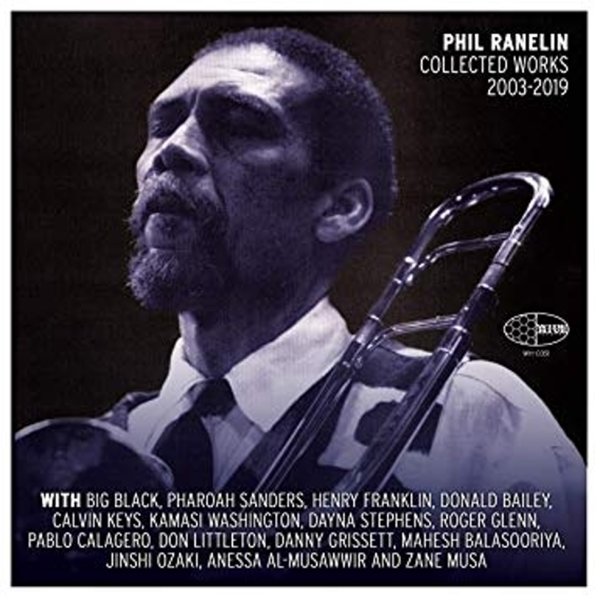 An incredible late-life chapter from trombonist Phil Ranelin – a musician who first flourished on the Detroit scene of the 70s, as part of the Tribe Records underground in that city – and one who dropped off the radar of most folks until a huge revival in the past two decades, spurred on by new interest in his classic recordings! Ranelin got a chance to work elsewhere during this stretch, but his greatest champions may well have been the Wide Hive label – who not only gave Phil new access to the studio, and exposure to a much wider audience than before – but also allowed him to create in some of the larger ensemble modes that were always his strongest suit! The music here is pulled from Ranelin's albums for Wide Hive, but also includes a few new tracks too – and musicians include Pharoah Sanders on tenor, Zane Musa on alto and tenor, Kamasi Washington on tenor, Roger Glenn on vibes, Danny Grissett on piano, Nate Morgan on piano, Henry Franklin on bass, Calvin Keys on guitar, Big Black on congas, and Donald Bailey on drums. Titles include "Living A New Day", "Blue Bossa", "Moorish", "In Search Of The One", "This One's For Trane", "Freddie's Groove", "Full Moon", "Spiritual Vibrations", "How Do We End All This Madness", "Fantasy Vibrations", "Black On The Nu", "A Tear In Elmina", "Close Encounters", "Shades Of Dolphy", and "Perseverance 2019".  © 1996-2021, Dusty Groove, Inc.

Final Floor
Wide Hive, 2021. New Copy
CD...$9.99 14.99
We certainly hope this isn't the final floor for Throttle Elevator Music, as we've always enjoyed the many sounds the group has given us over the years – styles served up here on a record that's almost a testament to the collaborative growth of the ensemble over the past decade or so, as the ... CD