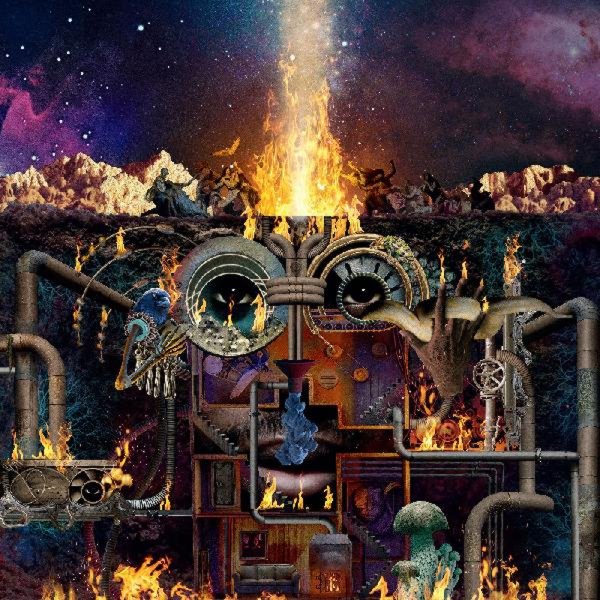 Fantastic sounds from Flying Lotus – an artist who just keeps on pushing past any conventional expectations, to a point where his music is almost a genre unto itself! The record's got this very tripped-out sort of vibe – very much in keeping with the image on the cover – and while many others are exploring this territory of late, few ever even get close to the right sort of mix that's going on here – subtle elements of soul, funk, jazz, hip hop, and maybe a million other influences – all flowing through the double-length space of the set, as it Flying Lotus redefines the sound of soul in the modern age. The set's got guest work from Thundercat, Shabazz Palaces, David Lynch, George Clinton, Anderson Paak, Little Dragon, Solange, and others – and titles include "Post Requisite", "Takashi", "Spontaneous", "More", "Burning Down The House", "Actually Virtual", "Find Your Own Way Home", "The Climb", "Debbie Is Depressed", "Black BAloons Reprise", and "Land Of Honey".  © 1996-2022, Dusty Groove, Inc.

Mood Valiant (red & black vinyl pressing)
Brainfeeder, 2021. New Copy
LP...$25.99 26.99 (LP...$36.99)
Hiatus Kaiyote are one of those groups that just seem to grow and grow with each new about – a strongly soulful act at their start, but one who've found a way to carve out sounds and styles that are very much their own – maybe almost making themselves a genre in the process! Things ... LP, Vinyl record album