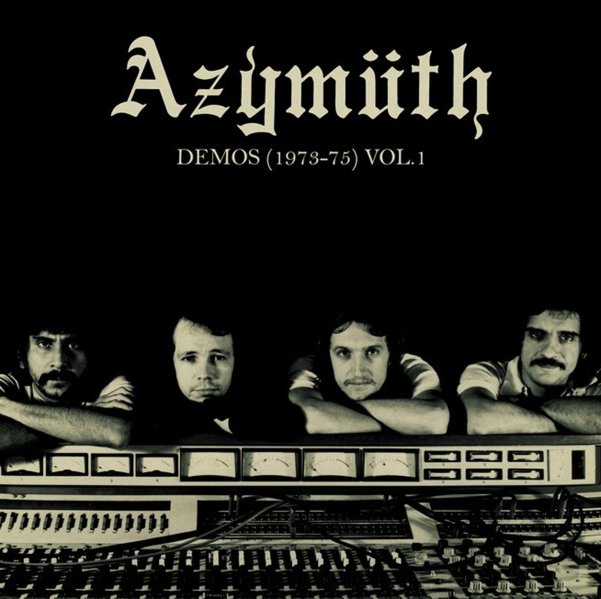 Amazing early work from Azymuth – rare demo recordings done at the home studio of keyboardist Jose Roberto Bertrami, in the short space before the group issued their legendary debut! The tracks here are as much jazz funk as they are the later modes that Azymuth would put forth – killer instrumentals that are really driven by great keyboard lines from Bertrami, who'd already been making music in other formats for years – and who works here on Fender Rhodes, Arp, Clavinet, Hammond, and a range of other keyboards too! The drums are fantastic, too – handled by a young Ivan Conti, who gets help on percussion from an early fourth member of the group, Ariovaldo Contesini – and as you might guess, the incredible basslines of Ivan Mamao Conti really help the whole thing groove. All material is very well-recorded – these aren't rough or unfinished tracks at all – and the whole thing should just be thought of as a first chapter for the group, right before they started putting out their famous records. Titles on this first volume include "Prefacio", "Castelo", "Melo Do Cuica", "Xingo", "Laranjeiras", "Eqiupe 68", and "Unknown Song For Mario Telles".  © 1996-2021, Dusty Groove, Inc.

Eastern Sounds
Prestige/OJC, 1961. New Copy (reissue)
LP...$21.99 22.98
The title says it all – as Yusef Lateef works here in that wonderful mixture of hardbop, soul jazz, and Eastern stylings that he brought to all of his best early sessions as a leader! Lateef himself is playing tenor, flute, and oboe – which he uses to craft these eerie snakecharmer ... LP, Vinyl record album