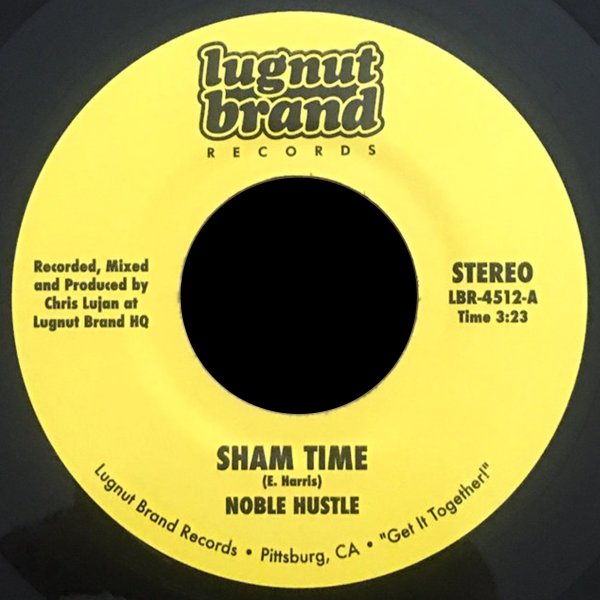 Noble Hustle serve up a great version of the Eddie Harris classic "Sham Time" – with a saxophone lead that feels as if it's the same Varitone that Eddie might have used in the 60s – punched up with funkier drums and lots of freewheeling Hammond! "Train Wreck" is a nice soul jazz number too – kind of a quick-loping groove with snapping drums that really have the tenor and organ dancing together!  © 1996-2021, Dusty Groove, Inc.