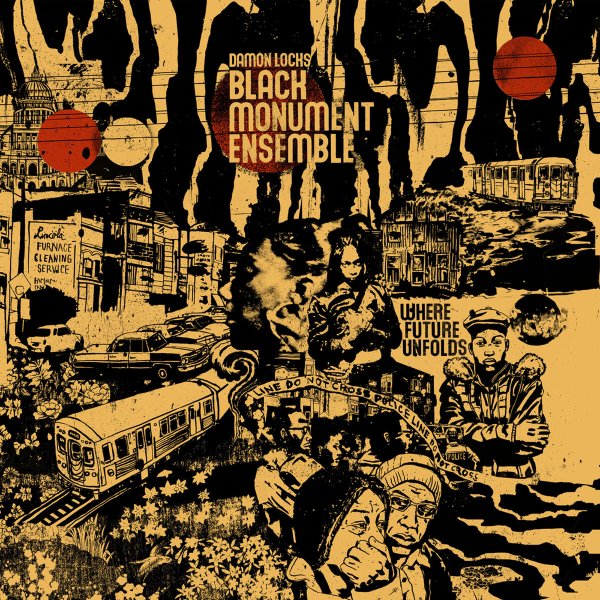 An amazing record from Chicago musician/artist Damon Locks – maybe the album he's been waiting his entire life to make – and the first to really bring together the mighty sum of his many talents! The material was recorded live in performance at Chicago's Garfield Park Conservatory – at an event that also included a group of singers and dancers to augment the musical performance – in a setting that gives Damon's majestic vision the proper setting it really deserves! Locks himself moves between electronics and vocal performances – in a core instrumental group that's heavy on drums and percussion from Dana Hall, clarinets from Angel Bat Dawid, and more percussion from Arif Smith – making music that's even more beautiful when the singers come into the mix, and take the energy to the sky with a very cosmic, righteous vibe. Locks has given us a glimpse of his vision in artwork, music, and writings over the years – but this time around, it feels like we're seeing the full scope at once – with more power and meaning than ever before. Titles include "Solar Power", "Rebuild A Nation", "Which I Believe It Will", "The Colors That You Bring", "The Future", "From A Spark To A Fire", "Black Monument Theme", and "Sounds Like Now".  © 1996-2021, Dusty Groove, Inc.

Dimensional Stardust
International Anthem/Nonesuch, 2020. New Copy
CD...$12.99 14.98
One of the most ambitious albums ever from Rob Mazurek – and a set that really continues the legacy of community building and world healing that's become such an important part of his music! Rob's a player who was great at the start – a hell of a trumpeter, and a great experimentalist ... CD

New Breed
International Anthem, 2016. New Copy
CD...$11.99
The record we've been waiting years for Jeff Parker to make – a fantastic funky set that shows off a whole new side of his talents! Parker's guitar has been on plenty of great albums over the past decade or two, but this set may well be one of his greatest moments so far – a really ... CD