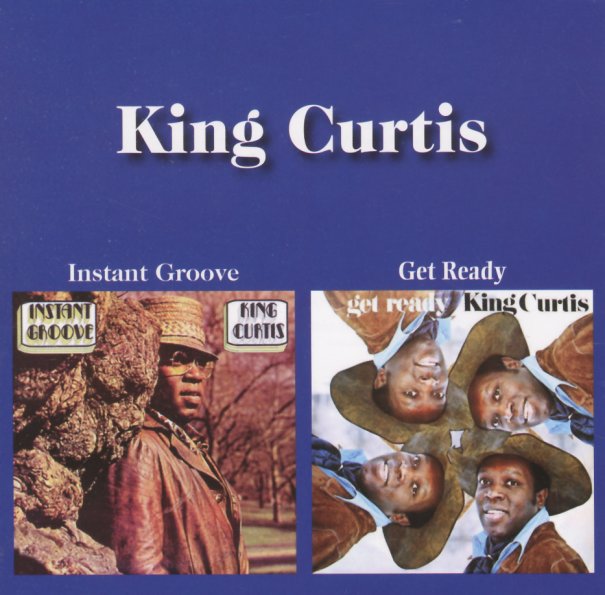 A pair of classics from one of the best saxophonists in soul music – back to back on a single CD! First up is an Instant Groove from King Curtis – and a record that's even more deeply soulful than some of his other Atlantic albums! The title cut's a killer – a hard-vamping number that pushed funk further into the mainstream back in the day – and lots of the rest of the album follows suit, by bringing in some of the rougher King Curtis edges that usually only showed up on b-sides of 45s – while other full albums usually focused on sweeter sounds. There's a few of those here too – but even those tracks have a looser, more personal feel than before – not as much "perfect" soul sax, and a bit more grit. Arrangements are by Arif Mardin and King Curtis – and Duane Allman plays guiter on some cuts! Titles include "The Weight", "Sing A Simple Song", "Instant Groove", "Hey Jude", "Games People Play", "La Jeanne", and "Foot Pattin". Get Ready is sly soul from the great King Curtis – one of his last albums ever, and one of his best as well! There's a hip sort of edge to the record that's different from the Curtis groove of the mid 60s – less standard soul instrumental covers, and a much more righteous feel overall – part of the vibe that King had been crafting for others in the late 60s Atlantic studios, and partly the funky undercurrents that would often only show up on some of his 45 releases for the label! The backing group here is really great – with rhythm work from Eddie Hinton on guitar, Barry Beckett on keyboards, David Hood on bass, and Roger Hawkins on drums – and solo moments from Cornell Dupree on lead guitar, and both Joe Newman and Ernie Royal on trumpets. King produced the record himself, and one cut features slightly different instrumentation – with organ by Jimmy Smith and piano by Richard Tee. Titles include "Floatin", "Sugar Foot", "Soulin", "Teasin", "Let It Be", "Someday We'll Be Together", "Something", and "Promenade".  © 1996-2021, Dusty Groove, Inc.