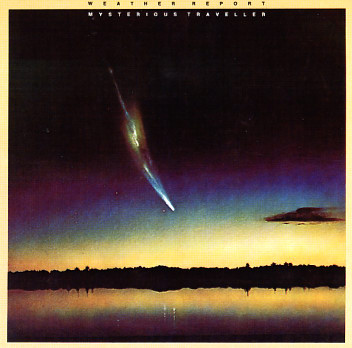 A new sense of focus in the Weather Report sound – that building, soaring groove that would become the group's trademark in the mid 70s – offered up here in one of it's first and finest examples! The approach is one to describe accurately on paper – but which is instantly recognizable as the Weather Report sound of the time – a flowing, stretching, organic vibe that builds equally from the talents of all players, and turns it into a wonderfully righteous groove! Senior members Joe Zawinul, Wayne Shorter, and Miroslav Vitous are still at the core – alongside Dom Um Romaeo, Alphonso Johnson, and Ismael Wilburn. Tracks include "Mysterious Traveller", "Jungle Book", "Nubian Sundance", and "Cucumber Slumber".  © 1996-2021, Dusty Groove, Inc.
(Out of print, includes obi.)

Visions Of The Emerald Beyond
Columbia, 1974. Used
CD...$3.99
Very spacey work from Mahavishnu Orchestra – a set that continues the change in sound explored by the second incarnation of the group – one that's much more spacious than the first! The group here is somewhat large, but often comes off with a good sense of leanness at times – ... CD