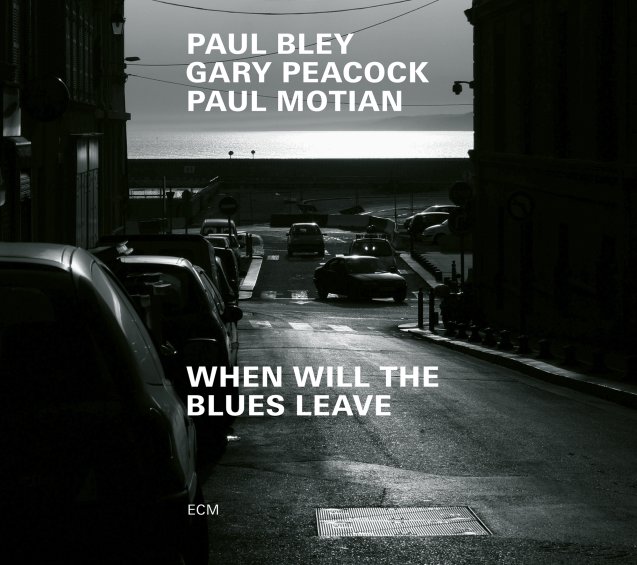 When Will The Blues Leave

A really special set from pianist Paul Bley – one that's maybe hinted at by the "blues" in the title, which is a word we never would have imagined on the cover of a record by Bley! The album features a performance recorded a few decades back by Swiss TV – a beautifully flowing trio date with Gary Peacock on bass and Paul Motian on drums – all players who are very familiar with each other, but who seem to find a special sort of intimacy here – this warmly mellow approach that still has some of the sharper corners of their modern roots, but which also resonates with a surprising current of soul at times. The performance is very open and spacious – allowing for special moments from each player – and titles include "Moor", "Longer", "Dialogue Amour", "When Will The Blues Leave", "Mazatlan", and "Flame".  © 1996-2021, Dusty Groove, Inc.