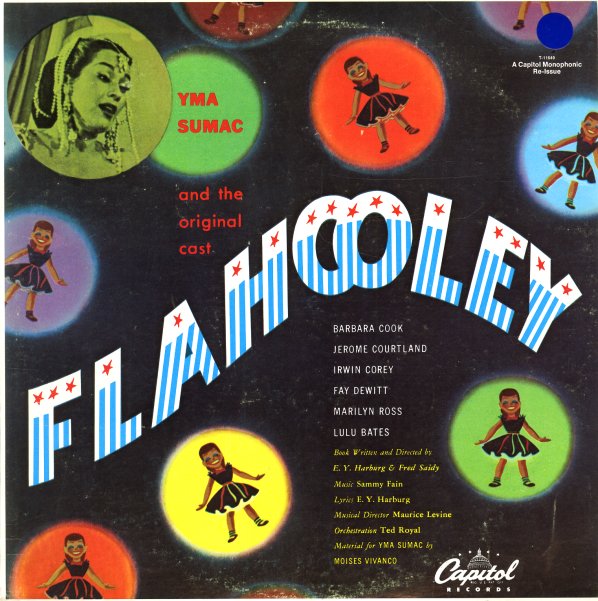 One of the more obscure Yma Sumac albums from the 50s – a broadway production with a larger cast – and much more of a musical than Sumac's other records. Yma really stands out in the show, though – singing a few special numbers with music by Moises Vivanco – but the rest is familiar Broadway modes of the early 50s, penned by Sammy Fain & EY Harburg. Sumac titles include "Najala's Song Of Joy", "Najala's Lament", and "Come Back Little Genie Birds".  © 1996-2022, Dusty Groove, Inc.
(Late 70s purple label pressing. Cover has minimal wear.)