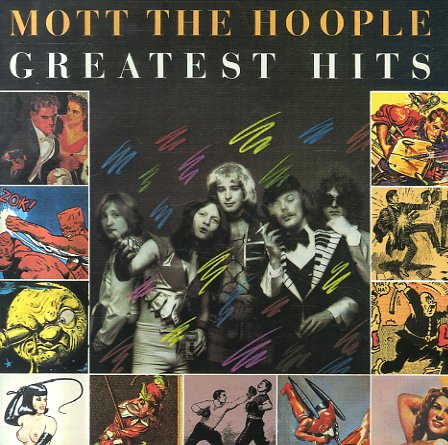 All The Young Dudes (with bonus tracks)
Columbia, 1972. Used
CD...$6.99
Maybe the most classic of all the Mott The Hoople albums of the early 70s – thanks in part to the classic title track, which was given to the group by David Bowie – who also supported the group with some fantastic production on this record too! Yet that hit is only one of many gems ... CD

Blonde On Blonde
Columbia, 1966. Used
CD...$4.99
A landmark album from the mighty Bob Dylan – a 2LP set of studio work, which was quite rare at the time – and a set that has Dylan stretching out all his creative powers in newly different directions! The album had a long genesis in the studio – some early work with The Band, ... CD

Pearl
Columbia, 1971. Used
CD...$2.99 (LP...$29.99)
The sound of a legend – a raw rocking classic from Janis Joplin – arguably the most perfectly-formed record from her all-too-short run in modern music! There's a focus here that's even sharper than before – and a rising of the funky undercurrents that Janis always had in her ... CD