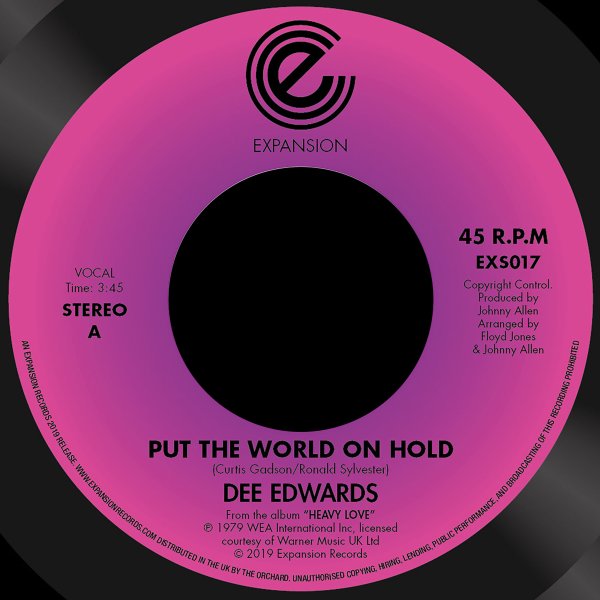 Two great tracks from Dee Edwards – from a time when the Detroit singer was really getting a chance to shine! "Put The World On Hold" has a sweet lyric over a soaring groove – not entirely clubby, maybe more modern soul overall – with a slightly complex set of changes that really make the tune stand out! "Put Your Love On The Line" has a really cool funky vibe – upbeat club, but with an intensity to the instrumentation, which really seems to bring out the best in Dee's vocals!  © 1996-2021, Dusty Groove, Inc.