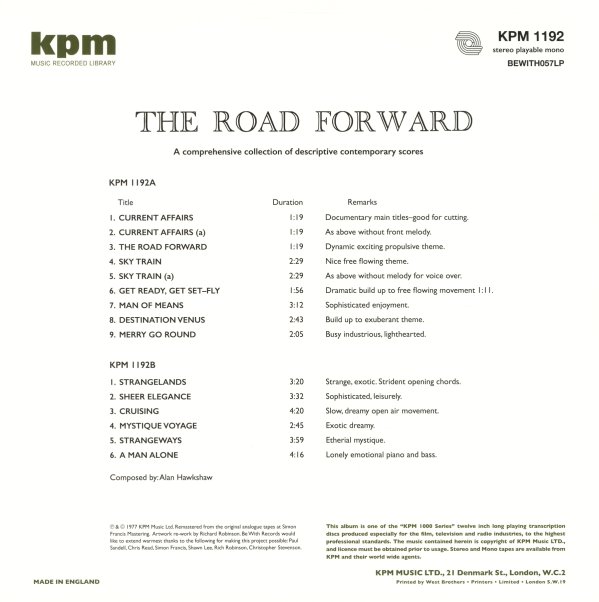 A fantastic set from sound library keyboard genius Alan Hawkshaw – one that's got a very positive, upbeat mix of acoustic and electric elements – and some mighty nice keys from the man himself! Alan's got ears here that open up channels of sound through territory that includes catchy 70s TV themes, more funky action moments, and even some more subtle currents of jazz – especially on a few cuts that almost feel as if Hawkshaw is beating Bob James on CTI at his own game! Every track is pretty darn great – and there's no filler at all, especially if you like 70s electric keyboard soundtracks – on titles that include "Sky Train", "Destination Venus", "Current Affairs", "Strangelands", "Sheer Elegance", "Mystique Voyage", and "Cruising".  © 1996-2021, Dusty Groove, Inc.