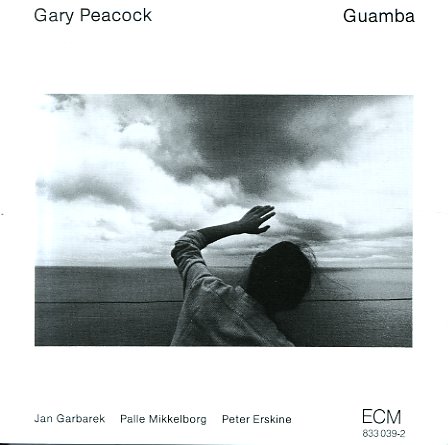 Bassist Gary Peacock really transformed his sound in the 70s – thanks in part to the smaller settings and more open space of the ECM label – to a point where he was able to bring his approach back to a group setting with a really fantastic record like this! At the outside, the record might appear to be more conventional – but the players within really move with Peacock's energy and inspiration – slowly shaping the sounds in their own ways, with great work from Jan Garbarek on tenor and soprano sax, Palle Mikkelborg on trumpet and flugelhorn, and Peter Erskine on drums. Titles include "Lila", "Thyme Time", "Gardenia", "Introending", "Guamba", and "Requiem".  © 1996-2021, Dusty Groove, Inc.