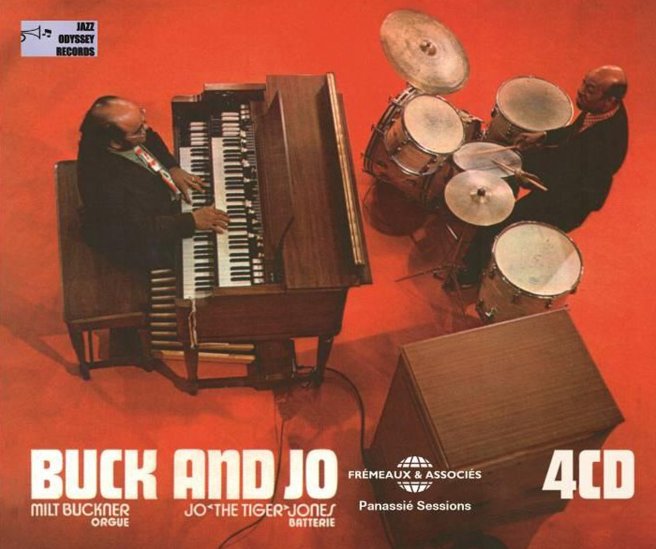 A fantastic pairing of talents – brought together here in a set of recordings that features way more material than we ever knew the duo recorded! The massive 4CD package is focused on spare duets between drummer Jo Jones and organist Milt Buckner – both American jazz musicians from a slightly earlier age, given a chance to really stretch out in a great way during the early 70s – taken into the studio by producer Hugues Panassie, in a mode that's free from any restrictions or commercial trappings at all! Both musicians can really do a lot with a little – especially Buckner, whose Hammond almost always sounds better without a larger group alongside him – because you can really hear his great command of the keys and pedals, and his amazing ear for a very wide range of sounds. The package features 42 tracks in all – some of them nice and long – with titles that include "Blues For Diane", "Am I Blue", "Pick Yourself Up", "Almost Like Being In Love", "Smoke Rings", "Madeline's Garden", "Anna Ryan", "Cute", "Count's Basement", "Perdido", "Three Little Words", "It Happened In Monterey", "That's All", and "Believe It Beloved".  © 1996-2021, Dusty Groove, Inc.