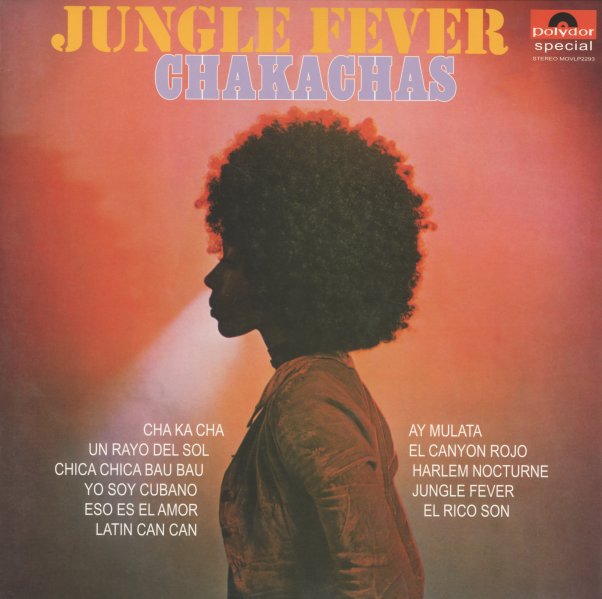 A mad mix of Latin and funky rhythms – a 70s classic from the Belgian group Chakachas! The album's best known for its title hit "Jungle Fever" – an insane cut that features heavy drums, choppy guitar, and a stop/start action that's peppered with sounds of female pleasure! The track was a worldwide hit, and continues to be a funky classic today – thanks to a heavy sample history, and a life in playlists worldwide – but the rest of the album's pretty darn great too, and even weirder. Some tracks mix easy Euro grooving with heavy conga, others have kind of an LA Chicano funk approach, and still others throw in some mad horns to complicate matters with nice jazzy riffing. Really great throughout – and maybe one of the best funky albums to ever come out on a major label! Titles include "Jungle Fever", "El Canyon Rojo", "Chica Chica Bau Bau", "Eso Es El Amor", "Ay Mulata", "Cha Ka Cha", "Latin Can Can", and "Yo Soy Cubano".  © 1996-2020, Dusty Groove, Inc.
(Individually numbered limited edition of 1000 – on heavyweight "Jungle" green vinyl!)