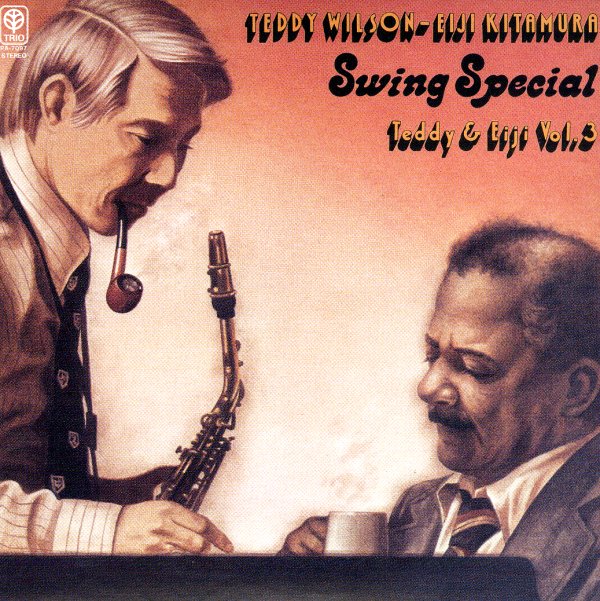 A really great pairing of pianist Teddy Wilson and Japanese reedman Eiji Kitamura – and a set that features Eiji playing alto and tenor instead of his more familiar clarinet! The switch in reeds is a great one – and gives the record a nicely deep, soulful vibe – especially on the tenor numbers, which ring out with this echoey sound that's beautiful – and which makes the album one of Wilson's more striking from these later years. Tunes are all standards, swung in a gentle way – and titles include "Someone To Watch Over Me", "Ain't Misbehavin", "Mean To Me", "I'm Getting Sentimental Over You", "I Only Have Eyes For You", and "Deep Purple".  © 1996-2022, Dusty Groove, Inc.
(Includes obi.)

Flying To The Sky
Trio (Japan), 1971. Near Mint-
LP...$44.99
One of the coolest early albums from Japanese keyboardist Takehiro Honda – a real meeting of Japanese and European talents – as Honda plays electric and acoustic piano alongside tenor and soprano from the great Gerd Dudek – with bass from Gunter Lenz and drums from Motohiko Hino! LP, Vinyl record album