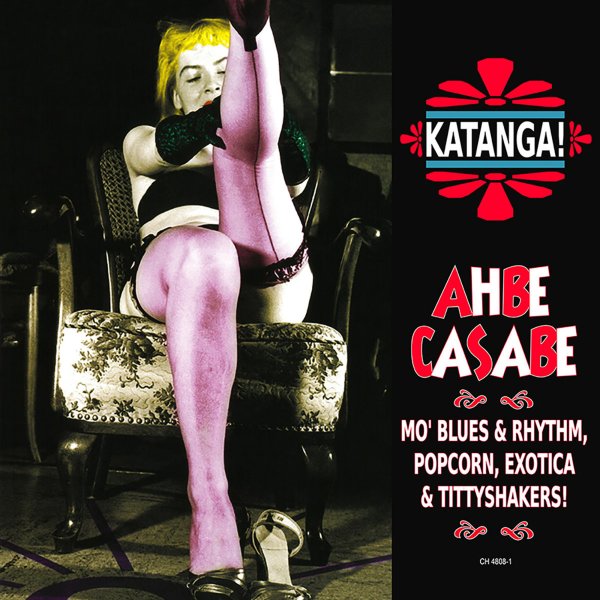 The "exotic" in the title is certainly well-placed – as many of these tracks take a familiar instrument, and use it in a slightly unusual way – a saxophone, piano, electric guitar, or something else – often set to grooves that start out in an R&B, early rock, or jazz-based style, but move into much groovier territory too! Some of these numbers have the spirit of the cuts we love in the Jukebox Mambo series – and others draw in elements of postwar Latin or exotica styles – while still keeping things pretty soulful overall! CD brings together material from the long-deleted Katanga and Ahbe Casabe 10" vinyl releases – with tracks that include "Nene Aman" by Artie Barsamian, "Green Onions" by Claus Ogerman, "Classie's Whip"b y Classie Ballou, "Cleopatra Kick" by Jack LaForge, "Lucky Is My Name" by Bruce Cloud, "They Took John Away" by Steve Arlen, "Shadow Street" by Kip Tyler, "Cleopatra" by Jamie Coe, "Katanga" by Ike Turner, "Lucky Me" by Chance Hallyday, "Ahbe Casabe" by Marti Barris, and "Thirteen Women & One Man" by Dickie Thompson – plus two bonus tracks "Riddle Of The Papawhos" by Danny Staton and "Pu Chun Ga (Sweet One)" by Elena Madera.  © 1996-2022, Dusty Groove, Inc.

Mandroid
Jam Power/Everland (Austria), 1983. New Copy
CD...$7.99 16.99
The rare second album from Gift Of Dreams – and that's saying a lot, because their debut was already pretty darn rare! This set follows strongly in the mode of that classic – tight boogie soul with a great 80s vibe – lots of basslines, plenty of keyboards, and beats that crackle ... CD

Black Ruby
Zodiac/Everland (Austria), 1972. New Copy
CD...$7.99 18.98
A hell of a great record from Ruby Andrews – a Chicago soul singer who started out sweet, but comes on hard and heavy on this righteous classic from the start of the 70s! The record's got a badass vibe you never would have expected from Andrews a few years before – with tremendous ... CD