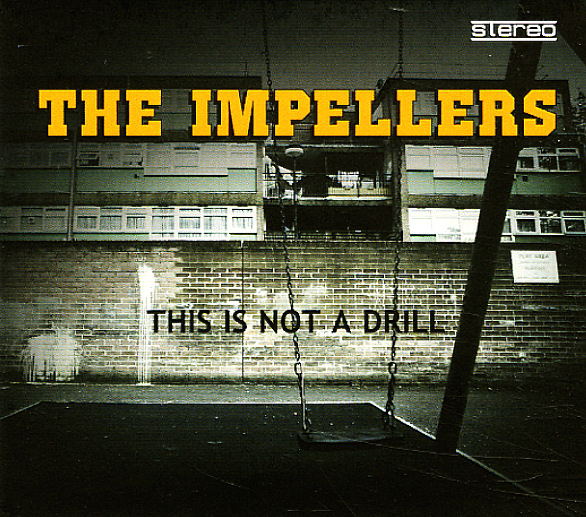 This Is Not A Drill

A mighty funky set from The Impellers – a contemporary combo who really get some grit into their grooves, and recreate a perfect late 60s/early 70s funky soul sound! The group sports a sweet female singer in the lead – who creates a great "bad sister" vibe on the cuts that feature vocals – and the guitarist is really wonderful too, often playing with this edge that recalls older Meters records – although the overall groove of The Impellers is much wider-ranging than that! Horns add some nice flourishes over the top, yet the core feel is mostly focused on the rhythm – and more in a funk mode than a soul style. Titles include "Hear What I Say", "Politiks Kills People", "Do What I Wanna Do", "Close To Me", "The Knock Knock", "Pull You Over The Line", and "Signs Of Hope & Happiness".  © 1996-2021, Dusty Groove, Inc.

Life Shines EP
Hi Five (Germany), 2011. Used
CD...$0.99
A great German combo, and one with almost as much jazz as funk in the mix – quite a nice change from the usual group of this nature! There's a warm glow to the record right from the start – a vibe that comes from the tight trumpet lines of Michael Voss, who also sings a bit – and ... CD