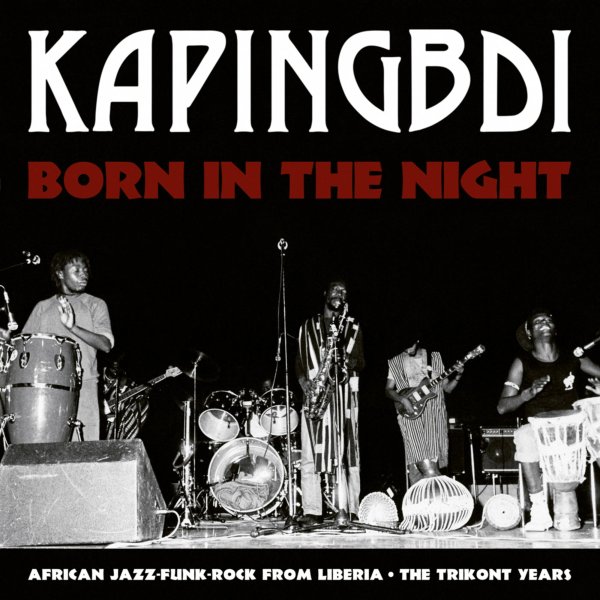 Fantastic work from Kapingbdi – a group who hail from Liberia, but who recorded all of these tracks for a label in Germany – all at a level that makes for a wonderfully open, criss-crossing sort of sound! These tracks aren't cleaned up or polished world music for the post-colonial market – but instead, they perfectly reflect the new musical crossroads that appeared in that generation – as a group like Kapingbdi were able to effortlessly draw from American soul and jazz, especially the latter – all while making music that was uniquely their own. There's some very strong jazz work in the mix – especially on the saxes and flute of group leader E Kojo Samuels – whose strong lead voice and solo passages really help give these tracks a depth that maybe even recalls some of the best work by Oneness Of Juju. Instrumentation includes plenty of percussion mixed with just the right dose of Fender Rhodes – and although there are vocals on the tracks, the instrumental passages often hold sway. Titlesinclude "Don't Escape", "You Go Go You Go Home", "Wrong Curfew Walk", "Our Heritage (Sengadebon)", "Take The Guitar Out", "Boys Town", "Deadea (edit)", and "Mali Feeling".  © 1996-2021, Dusty Groove, Inc.