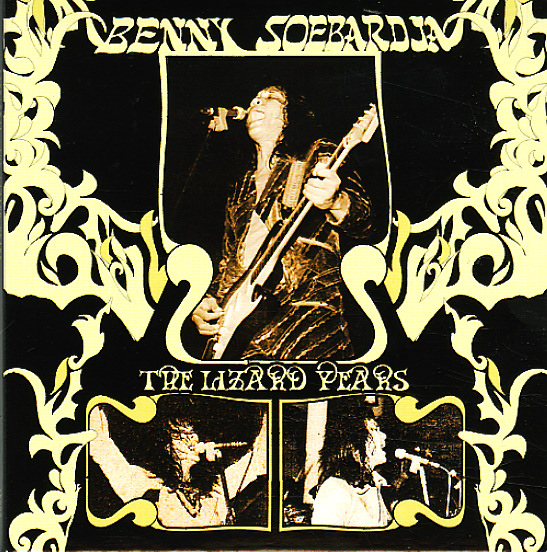 The collected mid 70s psych/prog/funk rock of Benny Soebardja – a beacon from the Indonesian scene and for underground rock the world over – with nearly all of the material from his 3 great albums with his Lizard group! The Lizard Years is made up of tracks from the albums Lizard, Gut Rock and Night Train LPs – at a time when Benny was veteran of the regional scene with the groups Giant Step, The Peels and Shark Move – stepping out front and backed by an incredible group of musicians going by the name Lizard. The music is tripped out, though accessible – with guitars ranging from proggy to funky, spacey keys and quite a bit of flute – nicely sung by Benny, in English, and with a really unique vibe that sweeps you right in! We were introduced to Benny's style of this period via Now Again's Those Shocking, Shaking Days comp – and it's great to have such a sprawling collection here – complete with a great booklet that puts it all in perspective. 30 tracks on 2CDs: "18 Years Old", "Come Closer", "Crime", "In 1965", "Sunny Day", "Cynthia", "Candle Light", "The Advantage Of Music In Me", "Circle Of Love", "The End Of The World", "Someday", "I'm Still In Luv Wit Ya'", "Gut Rock", "Night Train", "Stroll On", "Talked About My Girl", "Woman Of Desire", "Struggle For Life", "A Signal From Outer Space" and more.  © 1996-2021, Dusty Groove, Inc.