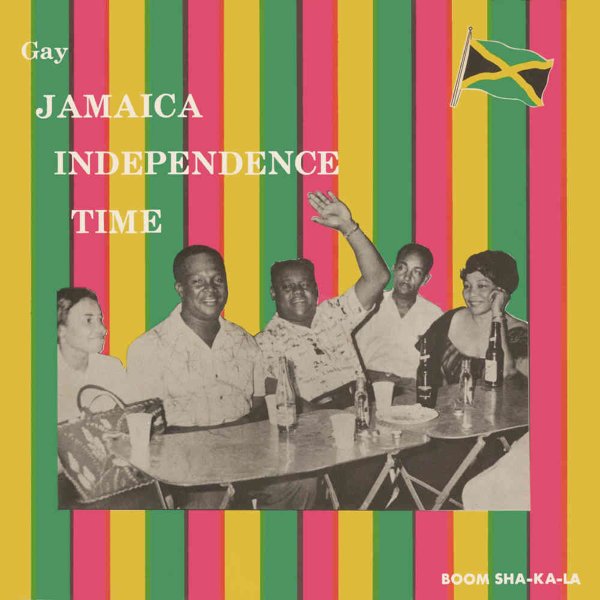 A record that's brimming over with pride for the new musical grooves coming out of Kingston – and a rare compilation on the legendary Treasure Isle record from producer Duke Reid! The tunes here are great and gritty – almost as if Reid was finding a way to capture the energy of a sound system in the studio – with lots of booming beats, rumbling basslines, and the kind of standout instrumental and vocal passages that give each tune a special sort of hook! The instrumentals are maybe the most compelling – as they'll use a spare organ line or sax solo to craft surprisingly hypnotic sounds – which are then balanced out strongly by the soulful vocals on the other cuts. Titles include "Boom Shaka Lacka" by Hopeton Lewis & The Chosen Few, "Wake The Town" by U Roy, "Hopeful Village" by The Tennors, "The Ball" by Earl Wire Lindo, "What Does It Take" by Alton Ellis, "Sunday Gravy" by Earl Wire Lindo, "Condition Bad A Yard" by The Ethiopians, "Rule The Nation" by U Roy, "Dynamite" by Tommy McCook, and "White Rum" by Earl Wire Lindo. 2CD set has an insane amount of bonus tracks – 28 more Duke Reid productions, and 17 more produced by Byron Smith – 45 more tracks, including work by King Sporty, Tommy McCook, The Barons, Winston Jarrett, Nora Dean, The Ethiopians, Hopeton Lewis, Alston Barrett, The El Dorados, Dorothy Reid, and many more.  © 1996-2022, Dusty Groove, Inc.