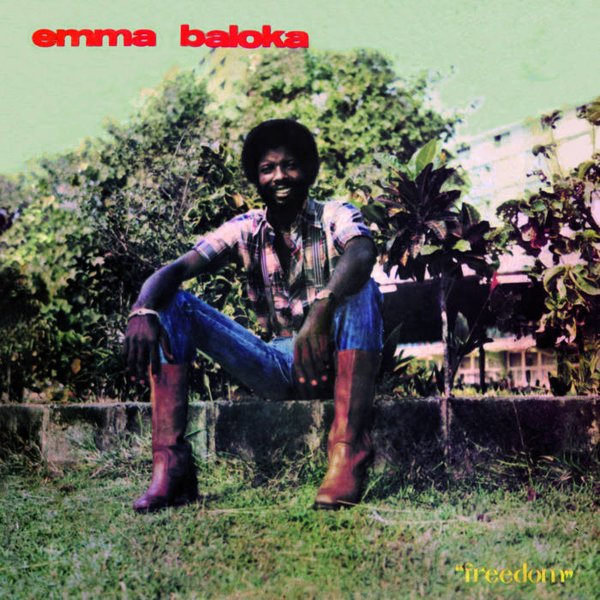 A funky little gem from Emma Baloka – a singer who worked in a few different groups in the 70s scenes between Nigeria and Cameroon, then cut this early 80s set on his own! Emma's got a groove that really shows his travels – often as skittish as it is funky, and not content to ever stay in one spot for too long – with rhythms that percolate nicely in a blend of more global club elements and more regional West African styles, providing a nicely soulful showcase for Baloka's vocals, which often seem to be processed with a small touch of echo. The basslines alone make the set great (thanks Basile Barap!) – and titles include "Can I Stay With You", "Sweet Darling", "Freedom", "Come To My Sweetie", and "Funky Down".  © 1996-2020, Dusty Groove, Inc.
(Includes bonus poster!)