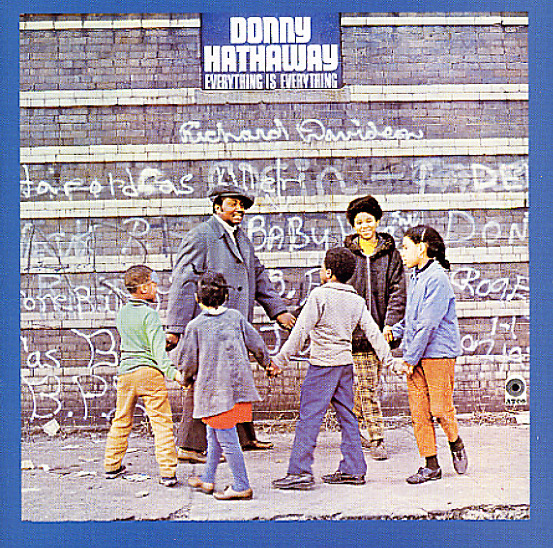 Landmark stuff, and a beautiful album that mixes soulful tracks with Donny's nascent jazz sensibility! The set's a key chapter in the history of soul music – a record that has Donny emerging from shadows of the Chicago studio scene to become one of the most promising soul artists of the 70s. The album was recorded in Chicago, with a host of great players that had been gigging for years in the Chess studios – and the record is the rich culmination of talents that had been brewing in the Windy City for years. Includes the monster hit "The Ghetto" – one of Donny's best-known tracks and a rollicking funky number – in a full extended version with a good instrumental breakdown. Also features a remake of "Voices Inside (Everything Is Everything)", which shows Donny's strong ties to the Earth, Wind, & Fire organization – plus moody spiritual numbers like "I Believe To My Soul", "Thank You Master", and "To Be Young, Gifted, and Black".  © 1996-2023, Dusty Groove, Inc.