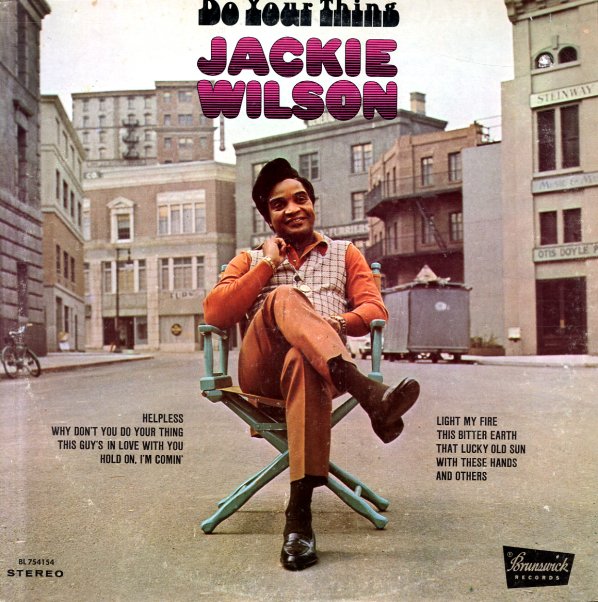 A very cool groove from Jackie Wilson – a record that still holds onto all the great vocal range of his roots, but also pushes into a hipper late 60s style that's pretty darn nice! Wilson's really at home in the setting – re-emerging as a more mature, confident singer with a lot better choice of material, too – none of the mis-steps of his early 60s Brunswick years, and instead the kind of cuts that put him in territory next to Gene Chandler or Jerry Butler. The arrangements are mostly by Sonny Sanders – with a bit of help from Johnny Pate and Tom Tom Washington – all cats who keep things in some really great territory, and actually bring a bit of funk into the mix as well. Titles include "To Change My Love", "Why Don't You Do Your Thing", "Light My Fire", "Helpless", "Eleanor Rigby", and "Hold On I'm Comin".  © 1996-2022, Dusty Groove, Inc.

Brown Sugar Featuring Clydie King
Chelsea/Demon (UK), 1973. New Copy (reissue)
LP...$19.99
A great little record from Brown Sugar – a group who really soar here, thanks to the presence of Clydie King on lead vocals! King sung famously on many rock and soul sessions during the 60s and 70s – but she's a great talent in the spotlight, and really helps to give the record a lot ... LP, Vinyl record album