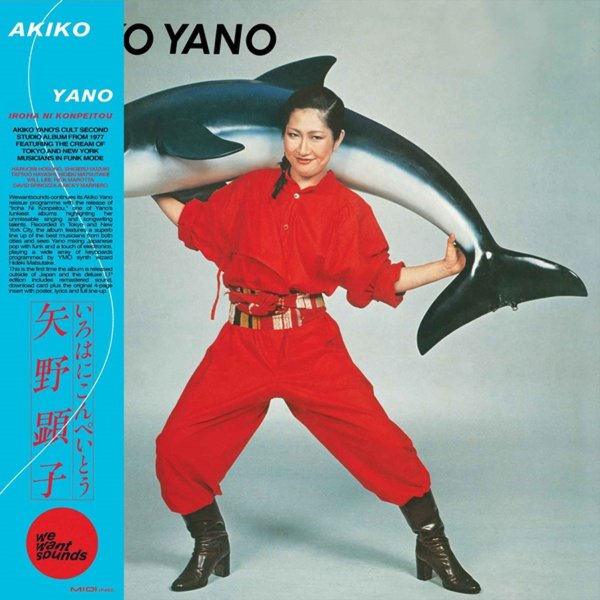 A record with a sound that's as striking as its cover – the second album from Akiko Yano, and one that really sets her apart from the rest! At a time when some of Yano's contemporaries were going for sweeter, smoother modes – Akiko moved sideways, and offered up music like this almost as a commentary on the city pop modes that were big in Tokyo during the late 70s. The songs are unusual, maybe a bit quirky, but also set to sounds created by some of the sharper talents of the time – both in Japan and New York, where Yano employed some top-shelf session musicians. Her own keyboards and those of Hideki Matsutake make a real difference alongside the tighter guitar, bass, and drums in the rhythms – and titles include "Hourou", "Iroha Hi Konpeitou", "Kawaji", "Kinou Wa Mou", and "Ai Ai Gasa".  © 1996-2021, Dusty Groove, Inc.
(Features a replica of the original insert – plus bonus download!)