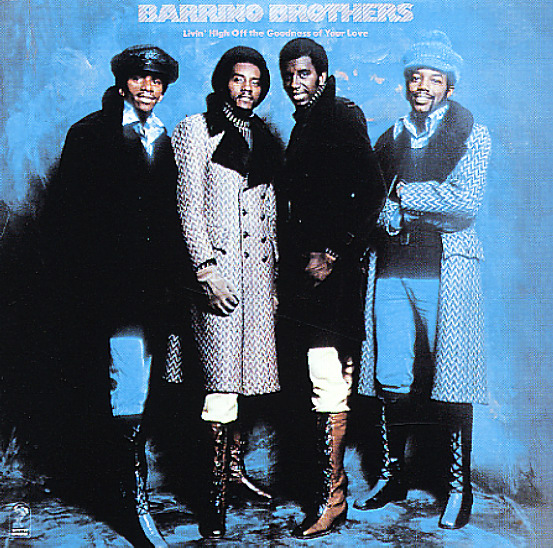 The only album ever by The Barrino Brothers – a stellar early 70s harmony group, and one who could sing with the best of the east coast scene of the time! The whole set's got a feel that's very much in the best mode of groups like The Modulations, Soul Generation, and even The O'Jays – as the group's got a deeper, more solid sound than some of the more fragile outfits of their era. Production is very strong – thanks to the Holland-Dozier-Holland powerhouse sound of the time – and the group's vocals are supported on a full groove that really helps send the whole thing over the top! The title cut "Livin High Off The Goodness Of Your Love" is a stone classic – and other nice tracks include "Rain", "I Had it All", and "It Doesn't Have to Be That Way".  © 1996-2021, Dusty Groove, Inc.