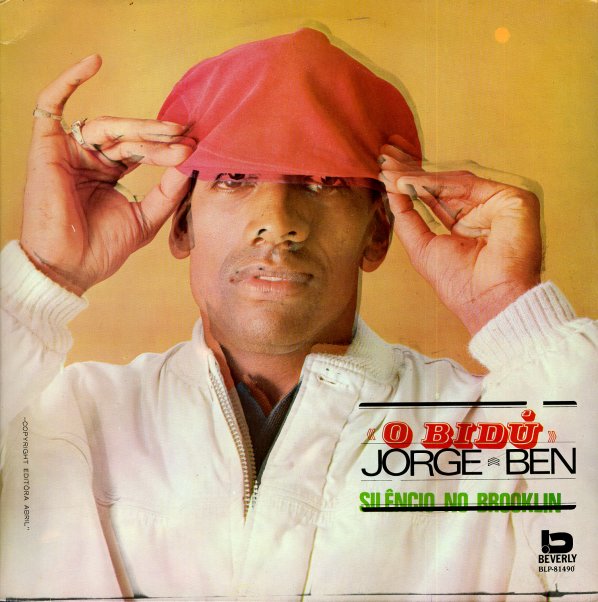 A fantastic early album from Jorge Ben – and one that's also a bit obscure, given that it was one of the few that he didn't cut for Philips Records during the first decade of his career! The album's one of Jorge's most upbeat, most lively – with the kind of ebullient mix of samba and soul influences that he brought to his first big hits – but recorded here in a way that's maybe even more frenetic, especially when piano lines spin out quickly next to his incredible vocals – with a style that's almost soul jazz at times! The whole thing's wonderful – a record that matches, if not tops any of his other 60s albums – and titles include the killer "A Jovem Samba" – worth the price of the album alone – plus "Nascimento De Um Principe Africando", "Menina Gata Augusta", "Si Wanda", "Rosa Mas Que Nada", "Amor De Carnaval", and "Todo Colorida".  © 1996-2022, Dusty Groove, Inc.
(Plays at 45rpm!)

Viajando Com O Som – The Lost 76 Vice Versa Studio Sessions (green vinyl pressing)
Far Out (UK), 1976. New Copy
LP...$26.99 32.99
A never-issued album by the great Hermeto Pascoal – recorded in the space between his 70s classics Slaves Mass and A Musica Livre – and every bit as amazing as those classics! The music here is fluid, open, and a fantastic mix of jazz and all of Hermeto's new ideas about musical ... LP, Vinyl record album