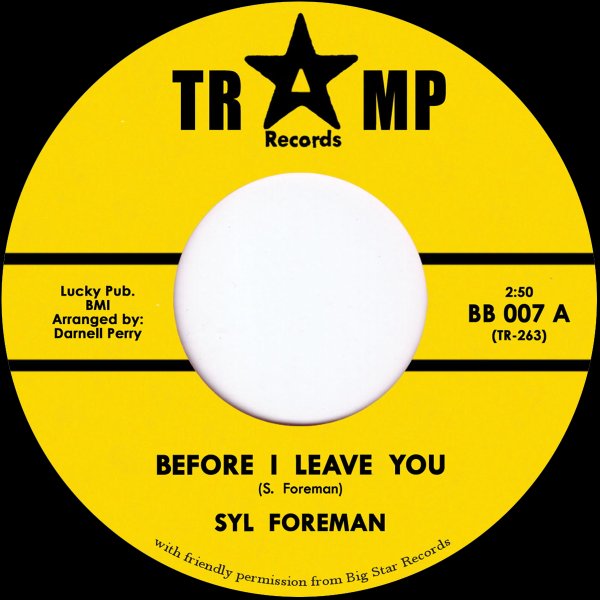 Syl Foreman really belts it out of the park on "Before I Leave You" – a tune that's almost got Syl popping the microphone levels into the red, as he romps along with the jaunty guitar and organ in the groove! The tune's a bit deep soul, but funkier – and the drums really go wild on the flipside, which is something of an echoey "part 2" to the main cut!  © 1996-2021, Dusty Groove, Inc.