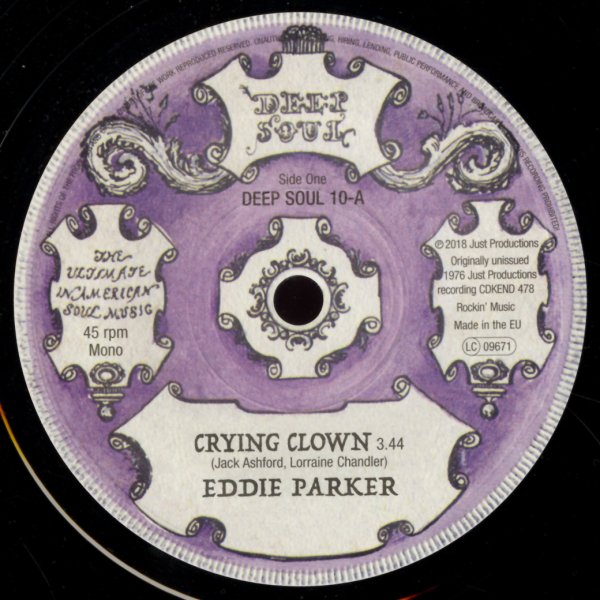 "Crying Clown" is a wonderful tune by a singer who definitely deserves greater discovery – as the great Eddie Parker has a completely heartbreaking way of delivering the lyric, as the whole tune slowly crests over a mellow groove! "Deserted Garden" is a beautiful tune by Sandra Richardson – a track that builds slowly, with almost a gospel-like inspiration – but with a much more personal message that Sandra carries off beautifully!  © 1996-2021, Dusty Groove, Inc.