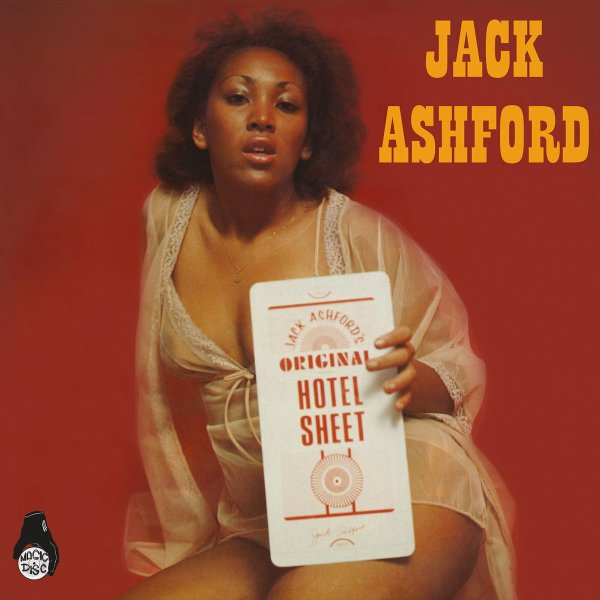 One of the coolest club records ever cut – and one with a great gimmick too! That gimmick is the "hotel sheet" – an instrument created by percussionist Jack Ashford, which is a light piece of metal that's snapped back and worth to create these cool wibbly, wobbly waves of sound – almost like a moog at times, which gives some of these tracks a bit of a P&P Records vibe! Ashford was a member of The Funk Brothers – and a percussionist on countless classic Motown sessions – but this album was recorded in LA with a sweet electric groove, and a mix of strings and funk that almost rivals Jack's only other full album – a rare blacksploitation soundtrack. The set features full arrangements from Paul Riser, orchestrations from Gordon Staples, and the whole thing was recorded at the Marvin Gaye studios – which you can almost hear in Ashford's surprisingly great vocals. The title cut "Hotel Sheet" has this wonderful popping moogy sound that's very nice – and other tracks include "Funky Disco Party", "Shar", "Hi Mom, Hi Al", and "Get Right On Top".  © 1996-2021, Dusty Groove, Inc.

Everybody Saw You
Zodiac/Everland (Austria), 1970. New Copy
CD...$14.99 18.98 (LP...$24.99)
One of the greatest female soul records ever to come from Chicago – a killer set of work from the legendary Ruby Andrews! Ruby's a hell of a talent that should have been huge at a national level – possessed with a deep soul style that matched the best from Betty Lavette or Mavis ... CD