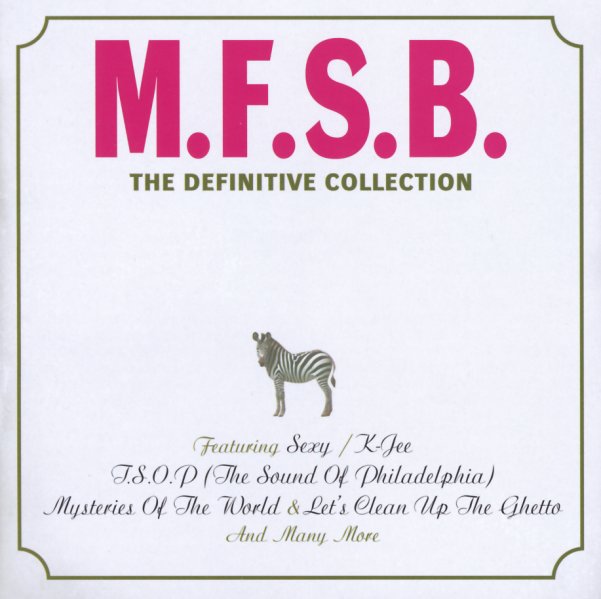 Massive work from this legendary group – a studio ensemble who started out backing some of the best soul singers on the Philly scene of the 70s – but who soon got the chance to shine in the spotlight on their own! The musicians are all the cream of the crop of the city's scene – many with legacies that go back to the 60s, with work in a variety of formats – coming together here in a lineup that's tight, but never slick – sharp, but always able to open up and groove! The music here begins with instrumental tracks from the pre-disco years – music that's a huge change from the rough style of 60s soul instrumentals – and which adds in more sophisticated charts, a bit of orchestrations, and other elements – while still letting all the best soulful elements come through in the mix. The 2CD package is overflowing with gems – and titles include "Zack's Fanfare", "Sexy", "Philadelphia Freedom", "KJEE", "Brothers & Sisters", "TSOP", "Love Is The Message", "Dance With Me Tonight (12" version)", "Let's Clean UP The Ghetto", "South Philly", "Back Stabbers", "The Zip", "Lay In Low", "My Mood", "Get Down With The Philly Sound", "Family Affair", "Manhattan Skyline", "Summertime", "Let's Party Down", "Mysteries Of The World", "MFSB", "Sunnin & Funnin", "Picnic In The Park", "Freddie's Dead", "Old San Juan", "Fortune Teller", "We Got The Time", and "Tell Me Why".  © 1996-2020, Dusty Groove, Inc.

O'Jays Live In London
Philadelphia International, 1973. Used
CD...$14.99
A seminal album in the development of Philadelphia International – who seemed to be taking a cue from Motown and Stax in the 60s, by bringing their biggest act to a European audience! The set features the O'Jays working as beautifully in a live setting as they had in the Sigma Sound studios ... CD

Your Wish Is My Command/Keep On Moving Straight Ahead/Untouchables (with bonus tracks)
Solar/Robinsongs (UK), Early 80s. Used 2CD
CD...$9.99 (CD...$12.99)
A trio of classic albums from Lakeside – representing the second slice of their work for the Solar Records label! First up is Your Wish Is My Command – great stuff from the glory days of the LA bass-pedal funk era! The tracks manage to mix an 80s groove and soul without sounding ... CD